Helen became actively involved in politics in 2006 and was elected as Member of Parliament for our constituency of Maidstone & The Weald at the 2010 General Election.  She is the first black female Conservative MP and Minister.  She has since been returned as the MP in the general elections of May 2015, June 2017 and December 2019 with ever-growing local support.

After serving on the House of Commons Justice Select Committee she was promoted by David Cameron as Minister for Justice 2012-13 and Minister for Women and Equalities 2012-2014.  During that time, Helen was one of the three ministers responsible for taking the historic ‘Marriage (Same Sex Couples) Act 2013’ through Parliament.  As Minister for Sport and Tourism from 2013-2015, she notably championed the growth of women and girls’ participation in sport in the UK, driving a similar agenda for people from diverse and under-represented communities.

She stepped down from Government after the 2015 general Election and then served as a Trustee for the Human Trafficking Foundation, a Trustee of the Social Mobility Foundation, and an elected member of the International Development Select Committee.

In October 2017 she was appointed Chair of the Government’s Apprenticeships Diversity Champions Network, bringing businesses together with people of diverse and under-represented backgrounds using the transformational opportunities of apprenticeship programmes.

Under Prime Minister Theresa May, Helen served as the Conservative Party’s Vice-Chair for Communities for 2 years from 2018 to 2020.  During this period she travelled extensively and focussed upon issues concerning equality, inclusivity, social cohesion, racism, and discrimination, engaging deeply with the UK’s many ethnic groups and communities.

In October 2020 Helen was appointed by Prime Minister Boris Johnson as the UK Trade Envoy to Nigeria, the largest market in the African Continent with a population of over 200 million people.  She is supporting the drive for economic growth by building on the UK’s existing relations with Nigeria, maximising bilateral trade and generating real and long term benefits for the UK.  Helen has a special relationship with Nigeria, where her father was born and raised, and where she has had strong personal connections for many years.

In January 2021 she was also appointed as the Prime Minister's Special Envoy for Girls Education, leading the UK’s efforts internationally to ensure all girls get 12 years of quality education.  One of her goals is to drive a global campaign to improve learning and get 40 million more girls into school around the world by 2025.

Born in London, Helen was brought up on the Raffles council estate in Carlisle for much of her early childhood. She quickly showed sporting talent, becoming captain of the school tennis and hockey teams, and representing the County in Hockey, Tennis, Athletics, and Cross-Country. She later became under-16 Judo Champion in North of England and Southern Scotland.

Helen moved on to obtain a law degree at the University of Hull, undertook solicitors' finals at the College of Law in Guildford and qualified as a solicitor in 1988.

In 1996 Helen set up Grants Solicitors as a specialist firm focused on dealing with the problems of family breakdown, and Domestic Violence in particular.

The practice acted for over 15,000 clients and, perhaps uniquely, the firm operated free weekly Domestic Violence outreach and advice services in multiple locations across South London, Surrey and West Kent.

Children formed a significant proportion of the work too, which over the years provided Helen with a deep understanding of the many problems relating to the health, well-being and behaviour of children within their families and as members of the community generally. 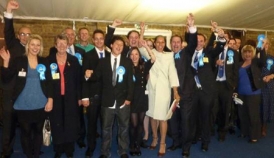