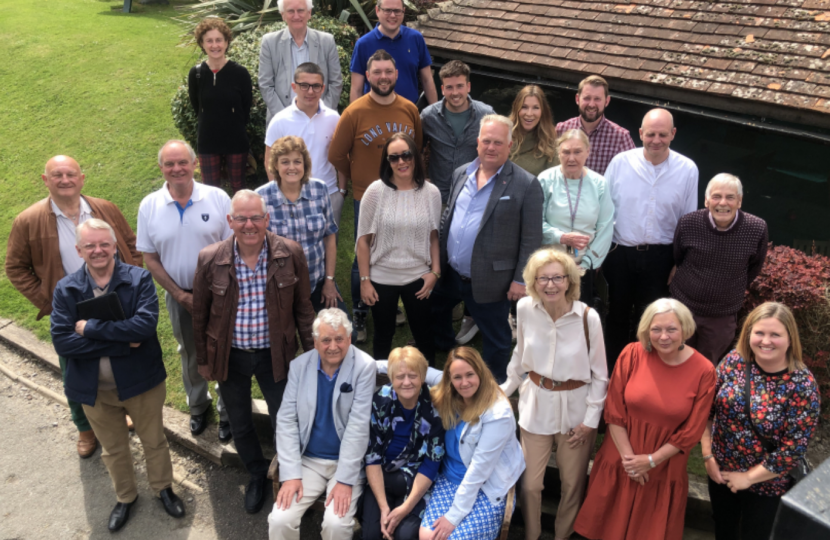 Cllr David Burton, Conservative Leader commented "This is fantastic news and it is great to have Nick back as part of the team.  We shall now be in a strong position to pursue the policies set out in our manifesto, which include our commitment to secure an extra 1,000 affordable homes for local people, ensuring that our climate change response sits at the heart of everything we do, setting a new ambitious strategy for the Town Centre and delivering on infrastructure.  This is what matters to residents.  Let's get on with it."

On a beautiful summer's evening, we were extremely fortunate to host Kwasi Kwarteng MP, the Secretary of State for Business, Energy and Industrial Strategy.  Wonderfully hosted by Edward and Jennifer Raikes, the Minister spoke on a wide variety of topics from fracking to economic policy.